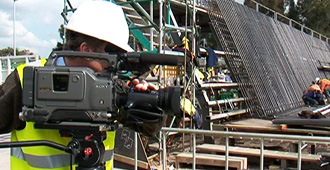 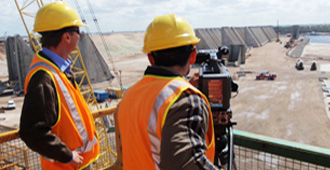 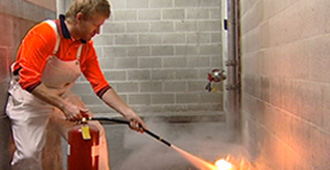 Online video grows - where Australia ranks in the world

According to the results of a survey undertaken by Kantar Group Company, TNS titled Connected Life, about 1 in 4 US Internet users view online video daily. However, they are far from the most avid nation of online video consumers. The TNS study included approximately 55,000 users worldwide and found from their data Russians tended to view online videos daily the most as a percentage of total respondents, at approximately 44 percent.

Of the markets included in the study, Russia was followed by Singapore, Mainland China and Italy, all sitting at 33 percent. Hong Kong and Spain at 32 percent and 28 percent respectively were above the European and Global average of 25 percent. 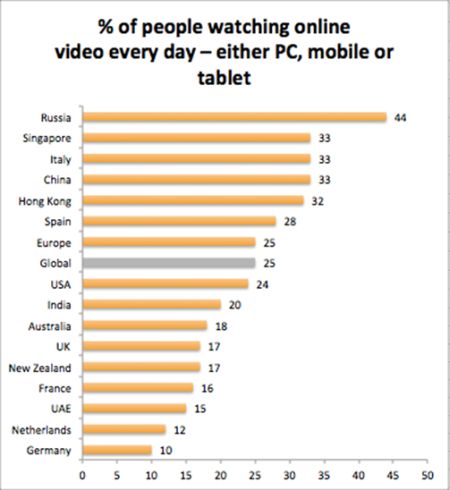 It seems in Australia and New Zealand we are not quite as addicted as some to online video viewing daily, sitting at 18 percent and 17 percent of respondents respectively. There are a range of countries, especially in South East Asia that are absent and if they were included we expect they would rank above the global average.

Interestingly the study found that the death of TV has been called prematurely, with three quarters of Internet users still tuning in to the box daily. However, viewing habits are changing, with almost half (48%) of TV viewers ‘screen stacking,’ that is using more than one screen at a time. For example you may have the latest epsiode of your favourite show on the big screen, but you are likely to be catching up on email, social media or a casual game on your tablet at the same time.

So ‘screen stacking’ is simply using more than one screen at a time. The survey found that globally users own approximately 3.6 digital devices each, with about five the average for Aussie, German and UK respondants.

Commenting on the findings of the survey, Matthew Froggatt, chief development officer at TNS said, “In a world where multi-tasking is the norm, the context in which we watch TV is rapidly changing - it isn’t just on the sofa at home with no other digital distractions around us. Instead, the growth in screen-stacking and online TV viewing is huge, particularly in the Asian markets, driven by a growing demand for content among viewers.”